Read this article to know about the ‘ten best practices for RDP security to prevent cyberattacks. In the event of a pandemic, safeguarding remote connections becomes even more important. Your company’s RDP network should be protected by these best practices to avoid malicious activity, brute-force threats, etc.

Many organizations have been forced to replace their networks as a result of the COVID-19 pandemic. Many staff was forced to work from home for the first time while many had to deal with a substantial increase in the number of remote workers.

The Remote Desktop Protocol is relied upon by the vast majority of businesses running Windows (RDP). Windows Operating systems include a proprietary protocol created by Microsoft that allows wireless access to other machines from a distant location. Verified incoming connections to port 3389 are accepted by RDP, allowing distant connectivity to a Desktop PC over an encrypted connection. As a network administrator, you can use the remote desktop protocol to perform activities and identify problems on distant servers, whereas many staff members use it to log into their company’s network to access documents and emails.

But, RDP has many safety issues. Therefore, all companies need to safeguard the internet connections which use the remote desktop protocol software. 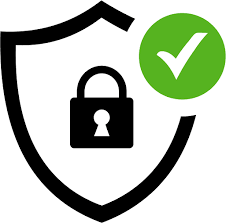 Hackers may use the remote desktop protocol to gain access to a person’s network, install malware, or steal personal data if it is not adequately safeguarded before it is used. If an attacker uses a valid network connection, it makes things simpler for them to avoid detection by security teams.

Remote desktop protocol, also called Terminal Services on legacy services, has been updated numerous times by Microsoft, but it still has flaws. RDP is and will continue to be a famous attack vector for hacker attacks due to its widespread use. Attackers can easily determine malfunctioning RDP ports and susceptible public-facing machines through the web crawlers like Shodan.

In many cases, an attacker will use automated verification tries and man-in-the-middle (MitM) threats against remote desktop protocol connections to gain access to a system. RDP components are also found in a slew of ransomware, including Ryuk, Sodinokibi, and GandCrab. The BlueKeep RDP vulnerability allows malicious hackers to wirelessly take control of different devices and computers that have not been correctly fixed in both the RobinHood malware against Baltimore and the SamSam malware threat against Atlanta.

The following is a catalog of the best practices for RDP security, that software executives, should take into consideration while implementing in their firms:

If the remote desktop protocol is open to the world wide web, it is susceptible to denial-of-service threats and user profile lockouts, even if a strong password protection strategy and multi-factor verification are in place. It’s important to monitor the network for any Remote desktop instances that are still revealed to the internet after implementing the better practices outlined in this article.

Keeping an eye on remote desktop protocol ports is important even if they aren’t being used. Even though Remote Desktop Connection (RDP) is already included in Microsoft operating systems, it can also be equipped on Android, Mac OS X, and Linux devices.

After reading this article, you might have got a good knowledge about the ‘ten best practices for RDP security to prevent cyber attacks. You can also read this article to know what is VPS or virtual private server?