Read this article to learn about the ‘Features and Functions that You Get in the RDP’.

What is the Remote Desktop Protocol (RDP)?

Recent work-from-home circumstances provide the most prevalent RDP example. The Microsoft remote desktop requires a lot of time and effort when working from home. Work computers are being made available to remote workers and those who work from home. In addition, administrators who provide system maintenance can connect to a computer from any location using RDP.

Certain conditions must be met before RDP may be used. If you want to connect to a remote Windows PC via Remote Desktop Protocol (RDP), you’ll need the RDP client software. RDP server software is also required on the PC. Remote desktop protocol (RDP) provides a graphical user interface for connecting to a user’s work computer from a distance. Like using the same machine from a different location, but from a different perspective. Everything you need to do is available to you, including accessing, editing, and changing files.

Microsoft’s Remote PC Protocol (RDP) is another tool that allows you to access your work desktop from anywhere. In addition, the RDP client software is available for nearly every operating system. Everything from Windows to Mac OS X to Linux to iOS and Android is included. The RDP client is available in a free edition as well.

Remote Desktop Protocol (RDP) is an encrypted protocol that enables safe communication among client servers and virtual machines. You create a mirror replica of your work computer and then use it as a virtual workspace to work on it. Remote desktop protocol’s main strength is that, despite being a Microsoft product, it works with virtually every operating system. UNIX, LINUX, and Windows are included. The following are only a few of the RDP’s many valuable features:

1) verification of a smart card
2) Bandwidth reduction
3) You can utilize numerous displays simultaneously, and you don’t have to log off your work computer to do so.
4) The graphics support unit is supported.
5) RDP uses RC4 encryption, which protects mouse and keyboard information at a 128-bit level.
6) Using a remote PC, users can access the audio from their work desktop.
7) All of your local files are accessible.
8) Using a remote desktop session, customers can print to their local printers.
9) Remote desktop applications in Ubuntu can make use of local ports.
10) A remote desktop’s apps can be used on a local computer as well.
11) Connecting to distant work desktops has never been easier.

The RDP also comes with several other important functions, such as these. More than 64,000 different data transmission channels can be supported by the RDP. Data is also encrypted using a 128-bit key. The bandwidth reduction is the most powerful feature. With this functionality, even a shaky connection won’t stop users from transmitting data.

The remote desktop protocol allows users to connect remotely to their workstations over a dedicated network channel. RDP-enabled apps send data packets to Microsoft’s communication service, which distributes them. This information is sent to RDP channels by the communication service. The Operating system encrypts the RDP information and incorporates it into a frame from these channels. As a result, information can be sent to a local operating system or computer.

The terminal service device redirector driver handles all RDP protocol operations. There are several sup pieces to this kernel driver that manages the user interface, data transport, framing and compression, and encryption. When a protocol is packaged for transmission across TCP/IP networks, the transport driver is important. 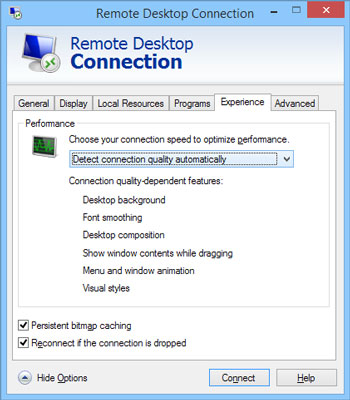 Why RDP Is a Good Idea?

1. Data protection: A major benefit of using RDP is the ability to keep sensitive data secure on the device. Using the remote desktop protocol instead of depending on cloud systems ensures that your information is safe on your machines. There is a lack of security in the use of cloud platforms and other gadgets.

After reading this article, you might have got a good idea about, the ‘Features and Functions that You Get in the RDP’. The remote desktop protocol is an excellent solution and method for gaining remote access to a computer’s desktop. Because it’s a mirror image of the remote desktop, your perbest-dedicated can run it.

You can read this article to learn about the RDP in Egypt: best dedicated server RDP providers in Egypt 2022.

This is a comprehensive guide to Remote Desktop Protocol (RDP) that will be of the utmost assistance to you. If you want to buy cheap RDP, you should choose AmazingRDP. We also provide admin RDP and private RDP. More than 5000 customers are using it around the world, making it the best RDP provider. AmazingRDP provides you with a great variety of essential features, including advanced hardware, an affordable plan, round-the-clock customer support, and safety. Go through the amazingrdp.com website to know about the pricing plans of various RDP available with us.

You can also read this article to know, how to enable GPU rendering for remote desktop protocol with a 99RDP GPU server.